National Parking with the Kids

Since we had NO snow days (truly a miracle) off from school this year, we had a break from school of 10 days.  That is pretty crazy for our school district and I took advantage by planning a trip south to see my parents for easter.  We decided to take our time on the way down and made several stops with our big destination being the Great Smoky Mountains National Park. 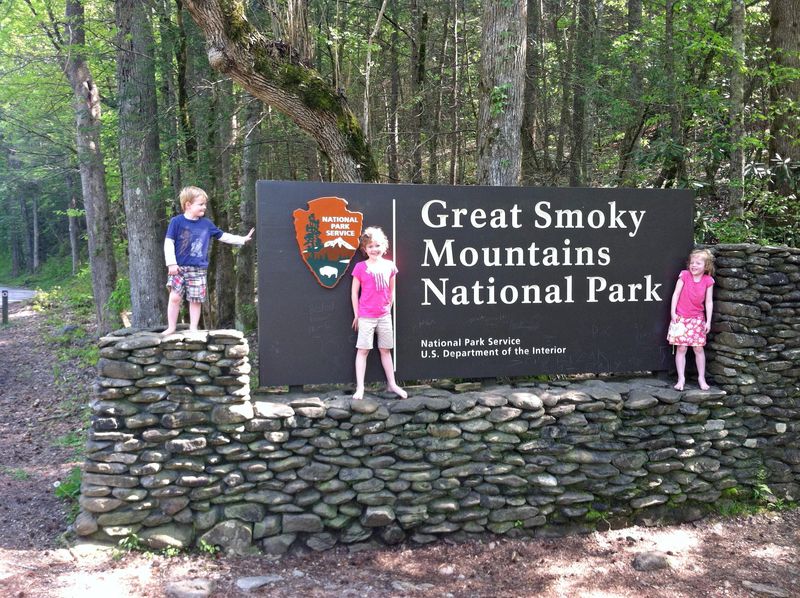 We stayed the night before in Gatlinburg which was crowded but really cute.  We got going pretty early and drove into the park at about 8:30.  This was great because although there were still lots of people around (turns out spring break in the smoky mountains is busy!!), we seemed to be ahead of most crowds for almost the entire day.

After a stop at the visitor's center where we got maps, talked to nice park rangers, and watched a short nature movie about the park, we decided to take a short hike to Laurel Falls. 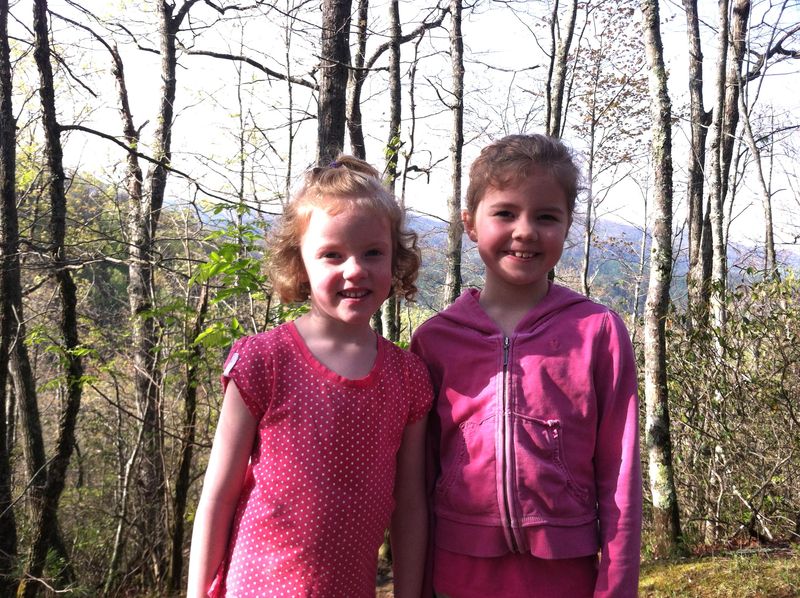 Elsie will earn her hiking badge for Brownies for this little excursion and I am hoping Anne will get one too for Daisies.  For some reason earning badges is a big motivator for kids!  These girls were serious hikers!  This hike was on a paved trail but it was longer than we expected and our 4 year old boy had to bring out his umbrella half way up the trail.  Not sure how this helped but somehow it worked to keep him going. 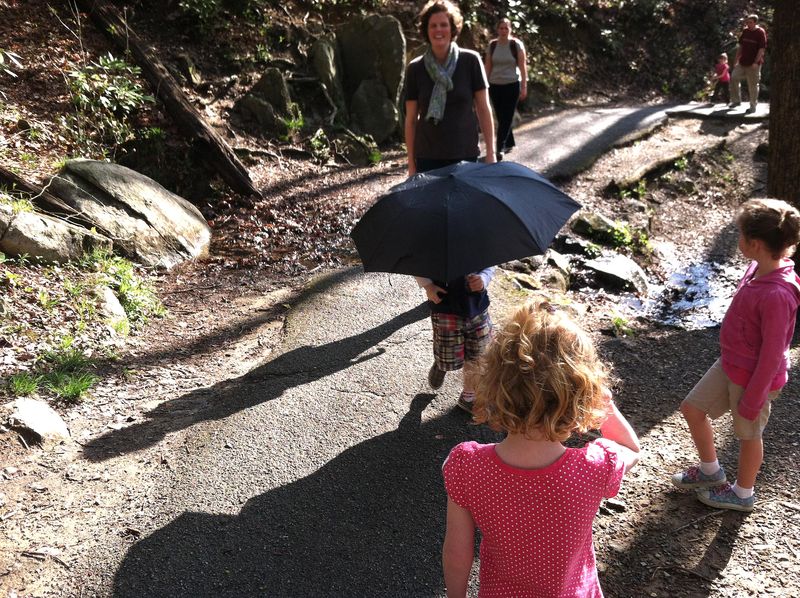 I was laughing but his big sisters did not like this move one bit!  "But it's not even raining and he looks WIERD!" they complained. 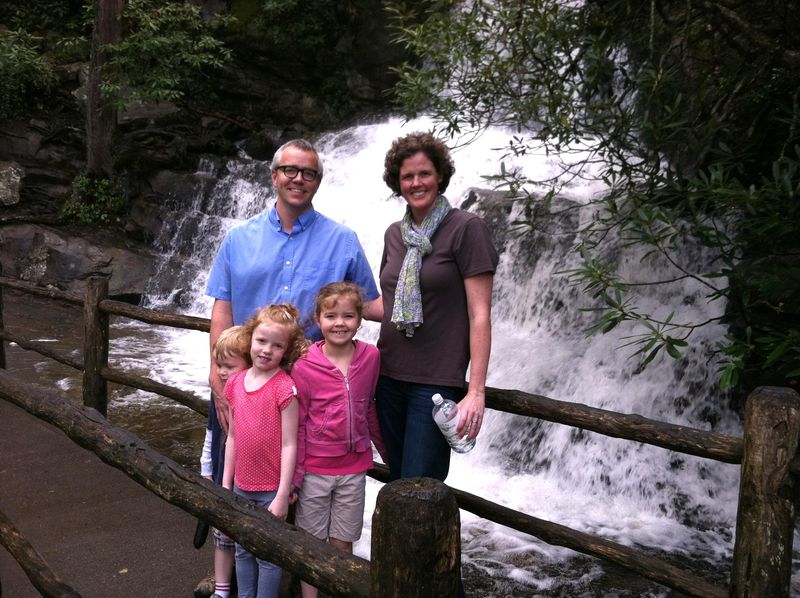 We finally got to the falls and they were really stunning.  A cool mist was blowing off the water and since there had been a huge rain the night before the water was fierce!!  We were all impressed and agreed the hike in was worth it.

Next we made our way over to Cade's Cove.  The drive over to that section of the park was so beautiful and followed closely next the Pigeon River.  We took a break and the girls waded out into the water.  Cal does not like feeling cold and wet yet so he stayed on the shore with Mommy & Daddy. 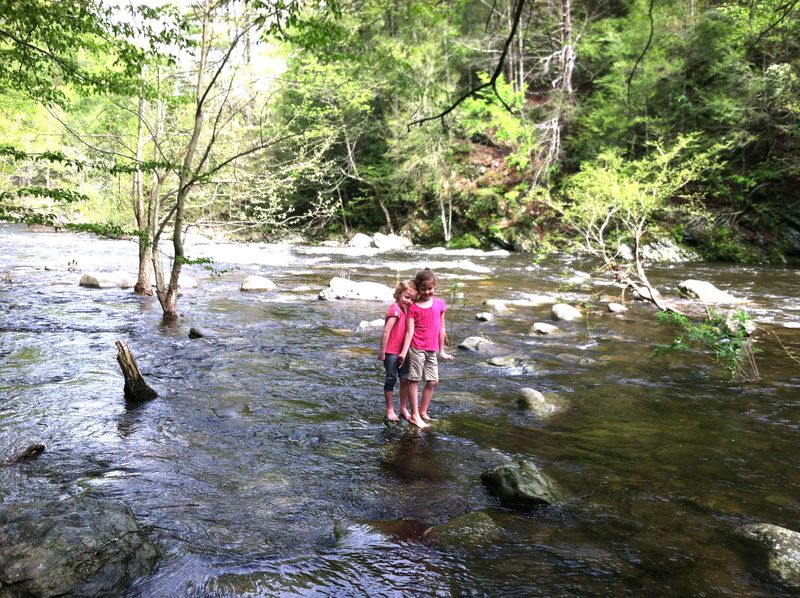 Finally we arrived at Cade's cove and I wished that I had packed a better lunch because we stopped to eat out meager snacks at the best picnic location- complete with more water to play in and fire pits and grills.  It would have been fun to have something good to cook up there! 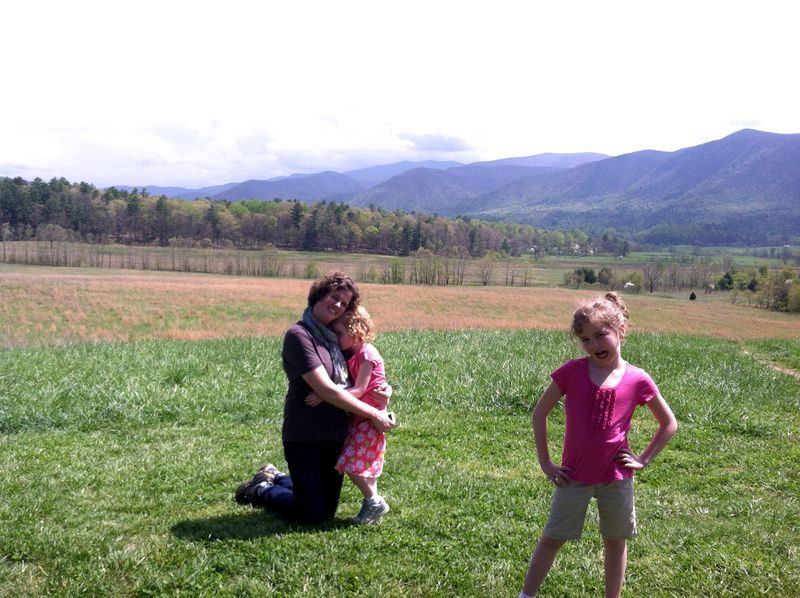 Cade's Cove really did take my breath away.  It is so beautiful and calming.  The gently rolling fields and then the dramatic rising mountians surrounding the pastures was just gorgeous.  No wonder these people didn't want to leave but were also adamant to protect the beauty of their land. 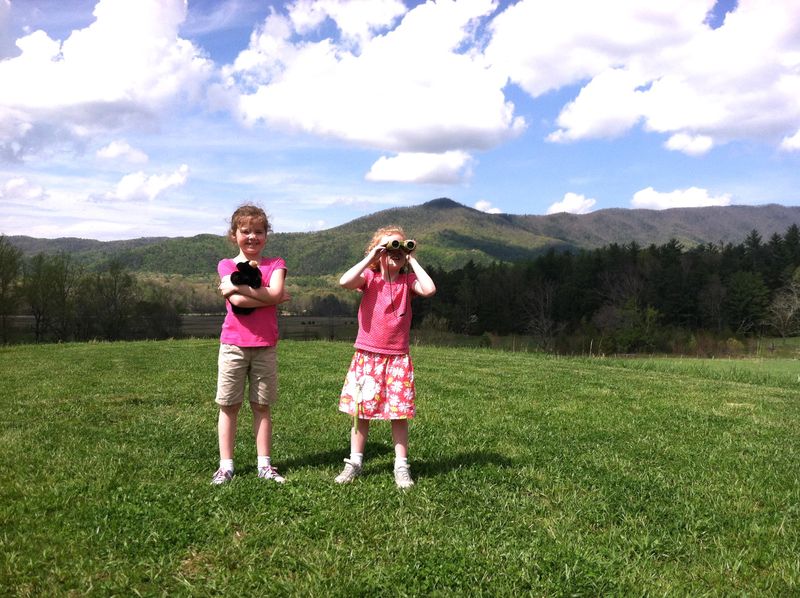 We stopped at the cabins and churches.  We saw a gravestone that had the man's name and then below it was engraved "murdered by confederate rebels".  Cade's Cove's commmunity was a pocket of Union Support during the civil war even though they lived deep in the southern United States.  It really made you imagine the independence of the people who lived in this beautiful place. 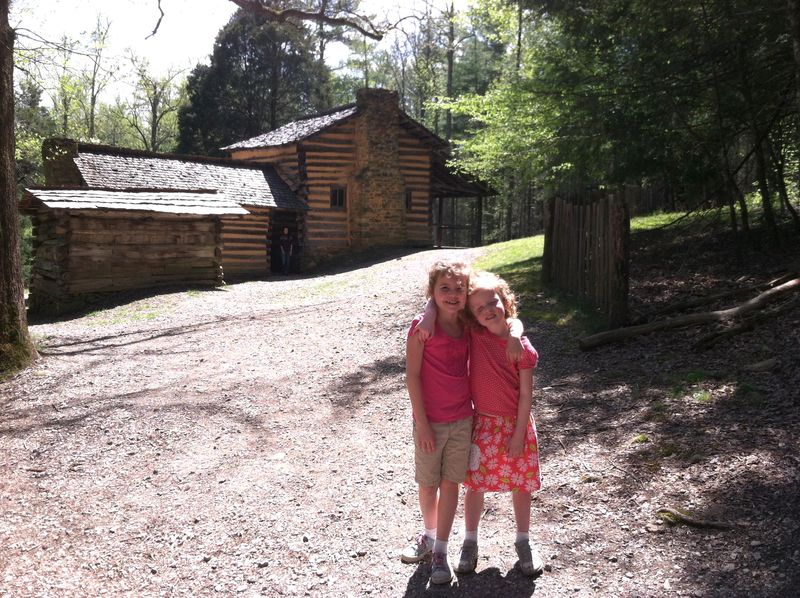 The girls were interested and excited.  YES, they got tired when we had to walk far but they felt the excitement of visiting such a beautiful and natural place.  Travis and I also loved it.  I wished I had planned to have cold drinks and a better lunch but a mom can't always do everything perfectly, right???

Cal was still a bit young for really apprecaiting this adventure but he was a pretty good sport considering he is only 4!  We would stop to get out and by the end he looked at me like I was crazy.  He liked the water though and spend lots of times throwing rocks in there. 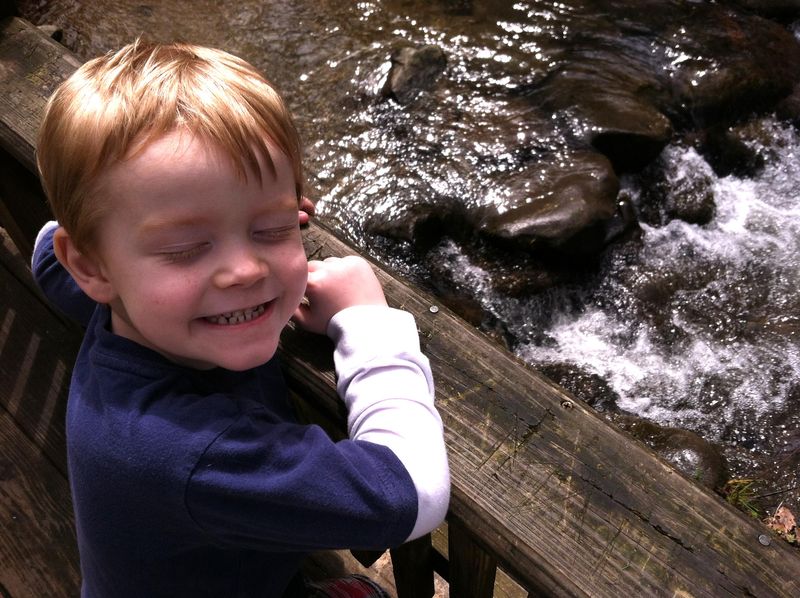 The loop we took was a small section of the park and we are all looking forward to going back someday.  What we did was great for kids though and it gave them a wonderful taste of what the national parks are about.  Enjoying the natural beauty of our country and supporting the efforts to preserve it.  Make the trip with your loved ones if you can! 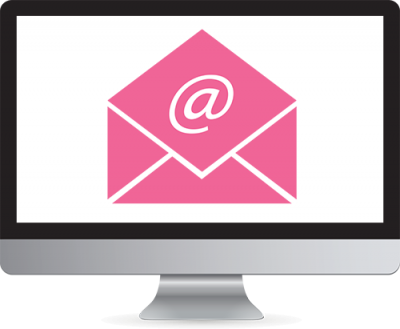